In 2017 Krušovice was put in the focus of comms strategy.
Our task was to create a PR buzz around it.
We decided to focus on the essence of the brand:
Did you know that Krusovice was first brewed for the Czech king, Rudolf II.?
This is a beer for those men, who have a royal taste.
We teamed up with a barbershop to create the first ever branded „Royal Treatment” package for men.
We even invented a new hairstyle – the Krušo style!
At a special press event we presented not only the new beer brand but also groomed the journalists – and the first 100 customers who asked for the Krušo style. 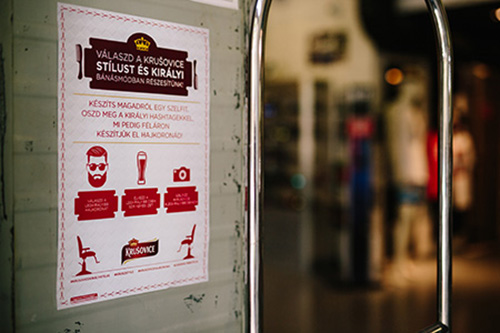