CIB bank helped many families in their housing plans throughout the last 40 years. To celebrate this birthday, the bank decided to spice things up by adding a special ingredient that makes a home a real home: PETS! Petfluencer campaign helped abandoned dogs and cats to find a new and loving home, and raised awareness to the importance of adoption, and responsible pet ownership.
Brúnó and Della took over CIB’s Facebook page for two days. This way, we were able to create funny, but useful content. They even asked their celebrity buddies – other DOGFLUENCERS – owned by two popular Hungarian actors – joined and promoted the cause to their loyal followers.
The numbers were outstanding. Brúnó’s and Della’s takeover created the most efficient and engaging CIB social campaign of 2019: the weekly reach of the bank’s FB page grew by 200% during the campaign, we generated more than 3400 shares and 10 000 positive comments and reactions (which was 4 times higher than the average). 6 animals got lucky enough to find their new home during the campaign period. 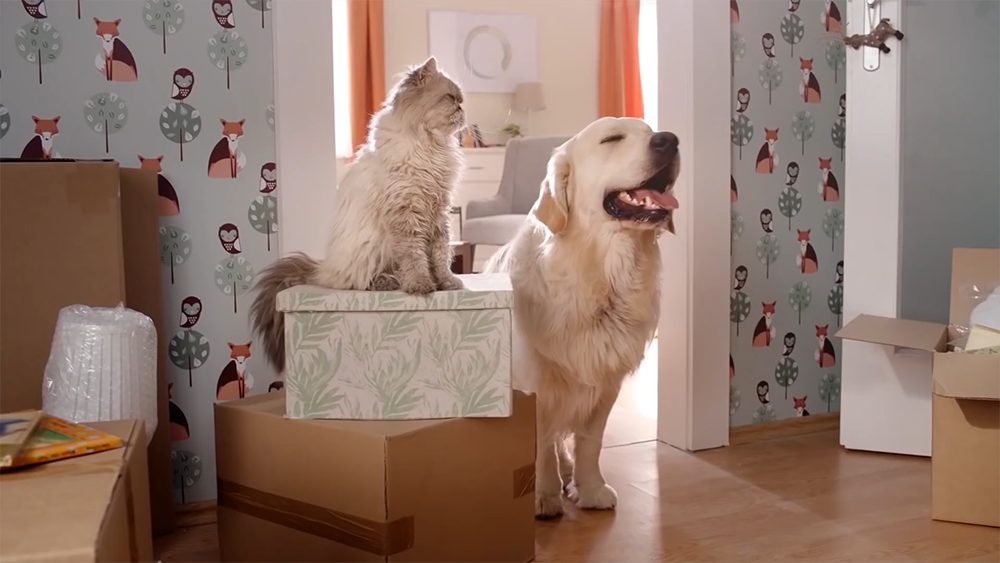