Hungary is one of the most pessimistic nations in the world. That is why Soproni, the leading local beer brand decided to stand for optimism and made its strategic mission to encourage people to think and act more positively. This mission is even more important because serious unemployment deepens that pessimism. So, Soproni decided not to follow any odd beer summer promotion, but do somethig completely different, and introduce the Good Deed program. A nation wide charity movement aiming to unite the nation for support and change the attitude of unemployed people. We launched the campaign with a TV commercial and asked consumers to help us to give optimism to those who need it the most. With every pint of Soproni, consumers donated to the program.
People could follow the progress live on- and offline as well. We extended the campaign to all Soproni pubs and activated the biggest beer community on Facebook to start conversation and donate virtually. We also launch Jobpedia, the first question and answer site specialised in job seeking. The campaign became a real summer hit and was extremely successful in the market full of price driven beer promotions. The donation was spent on job seekers, offering them professional trainings, coaching and tailor made support. The Soproni Good Deed program gained supporters even from the political and civilian sphere, and generated a massive media tension. What is even more important, influence the media and general public to start thinking of those people not as unemployed but jobseekers. So, Soproni united the whole nation for one good cause, demonstrating the power of optimism. 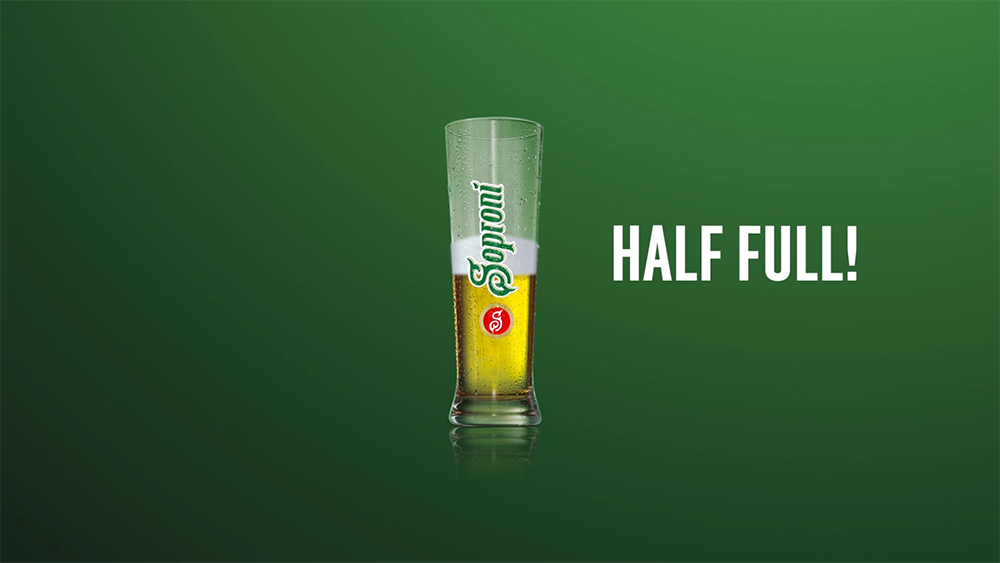