Diabetes is a worldwide public disease, a threatening phenomenon in Hungary as well, as nearly 1 million people are affected by the disease. In addition, not all 2 diabetics are aware of their disease, which poses particularly serious health risks.
The biggest problem stems from the fact that most people are simply afraid of taking blood, so the disease often remains undiagnosed.
Our task was to draw the public’s attention to regular blood sugar monitoring, the most reliable way to detect diabetes as early as possible.

Therefore, on World Diabetes Day, we transformed the Móricz Zsigmond körtér metro station into a diabetes station, where we measured the blood sugar level of passengers who could board the metro with their blood sugar ticket. The legendary ticket inspectors of the Kontroll film, Muki (Csaba Pindroch) and Lecsó (Sándor Badár), started working again as inspectors, checking the blood sugar levels of the passengers instead of their tickets. 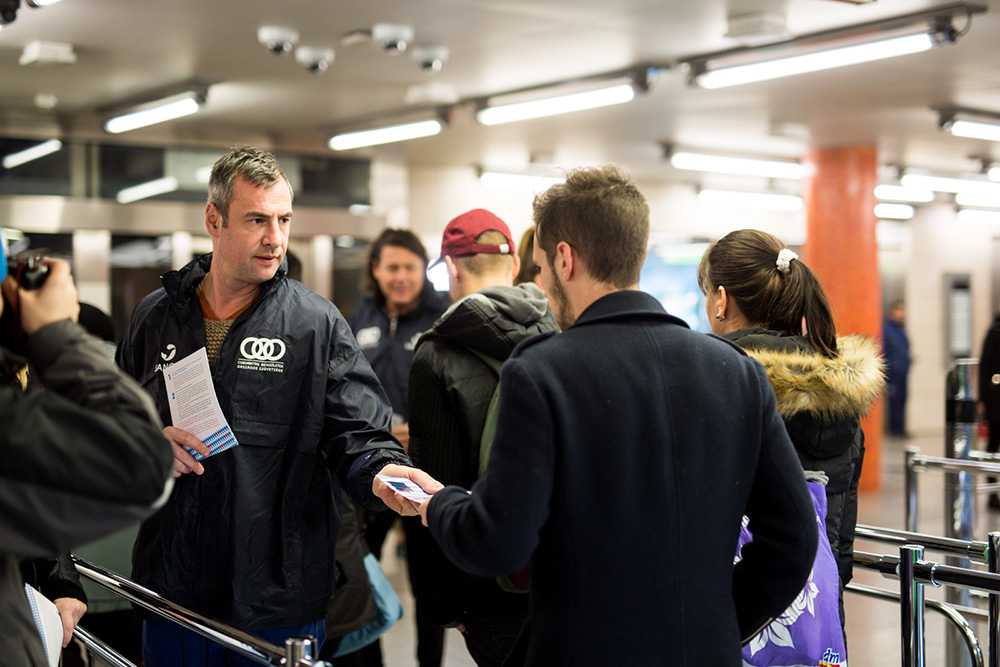